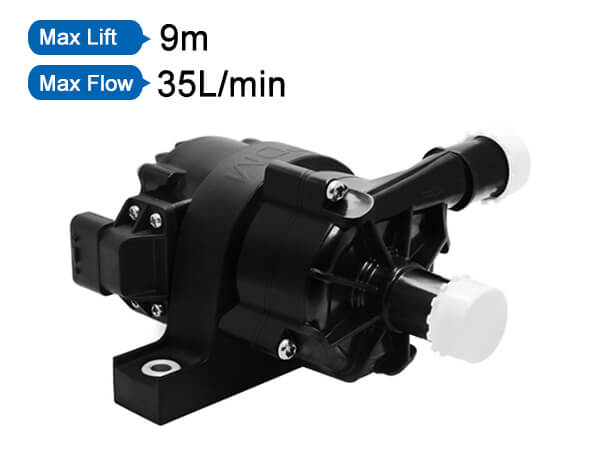 Electric vehicles are undoubtedly one of the most "hot" products nowadays. The world's major automobile manufacturers are struggling to compete for this "new thing". In the process of electric vehicle assembly, the quality of the motor directly determines The level of vehicle performance.

Due to the development of new energy vehicles, the motor market for pure electric vehicles has become a key sales direction. Although many companies claim to have the scientific research strength of the entire industry chain, a truly good motor must require long-term technical accumulation before trial production. Testing will eventually lead to mass production. There are very few complete vehicle companies that are truly capable of making new energy motors, especially in the passenger car field. Under the background that companies vigorously promote their core autonomy, everyone is unwilling to show motors as one of the core components of new energy vehicles. The link is still in a situation of being constrained by others.

There are many companies claiming to be new energy motors, but there are very few companies specializing in new energy motors. Many companies have switched from traditional machinery, ships and other traditional industrial motors to the new energy drive motor field, with little research and development or production experience. . Although the traditional industrial motor and the new energy vehicle motor are connected in principle, there are still not small differences in actual manufacturing. The motors used in new energy vehicles are divided into asynchronous motors and permanent magnet motors. The former is mainly used for commercial vehicles such as buses and passenger transport, while the latter is mainly used for passenger cars.

Because the rotor of the asynchronous motor has no windings, no brushes, no magnetic induction, low power conversion efficiency, simple structure, and relatively cheap price, it is mainly used in large passenger cars; while the rotor of permanent magnet motors has windings and brushes. Rotor power supply, high power conversion efficiency, complex structure, and expensive, mainly used in environments with strict requirements on speed, such as pure electric passenger cars. In this process, many motor supporting companies are rushing to implement simple technical improvements to traditional industrial motors and provide them to automakers as new energy vehicle motors.

There are a number of strict technical indicators for the production of new energy vehicle motors. When new energy vehicles, especially pure electric vehicles, are running on different road conditions such as climbing, downhill, flat roads, and bumpy roads, the output power of the motors is different. Many motor factories just make slight improvements on the production experience of traditional industrial motors, and do not take into account the use environment of new energy vehicle motors, which will greatly shorten the service life and easily cause local overheating, short circuit and other dangerous situations.

Since everyone realizes that there will be a broad market for electric vehicle motors in the future, why not strictly control the research and development, testing, and commissioning of motors, and conduct basic research as soon as possible, and start from scratch to "stay down" and truly form electric vehicle motors. The industrial chain is facing the opportunities within reach with a sound attitude. As a necessary energy storage device in new energy vehicles, power batteries play a pivotal role. Lead-acid power battery.